Here is an easy way to make your Rice Porridge for Christmas or any time in December for that matter, or if cooking the Rice Porridge to use for Ris a lamande.

Cooking your Rice Porridge in the oven bag, you don’t have to stir it all the time to avoid it burning to the bottom of the pot or boiling over and making a mess on the stove you have to clean up when finish.

1250ml of Milk (For vegans replace Milk with Soy Milky) 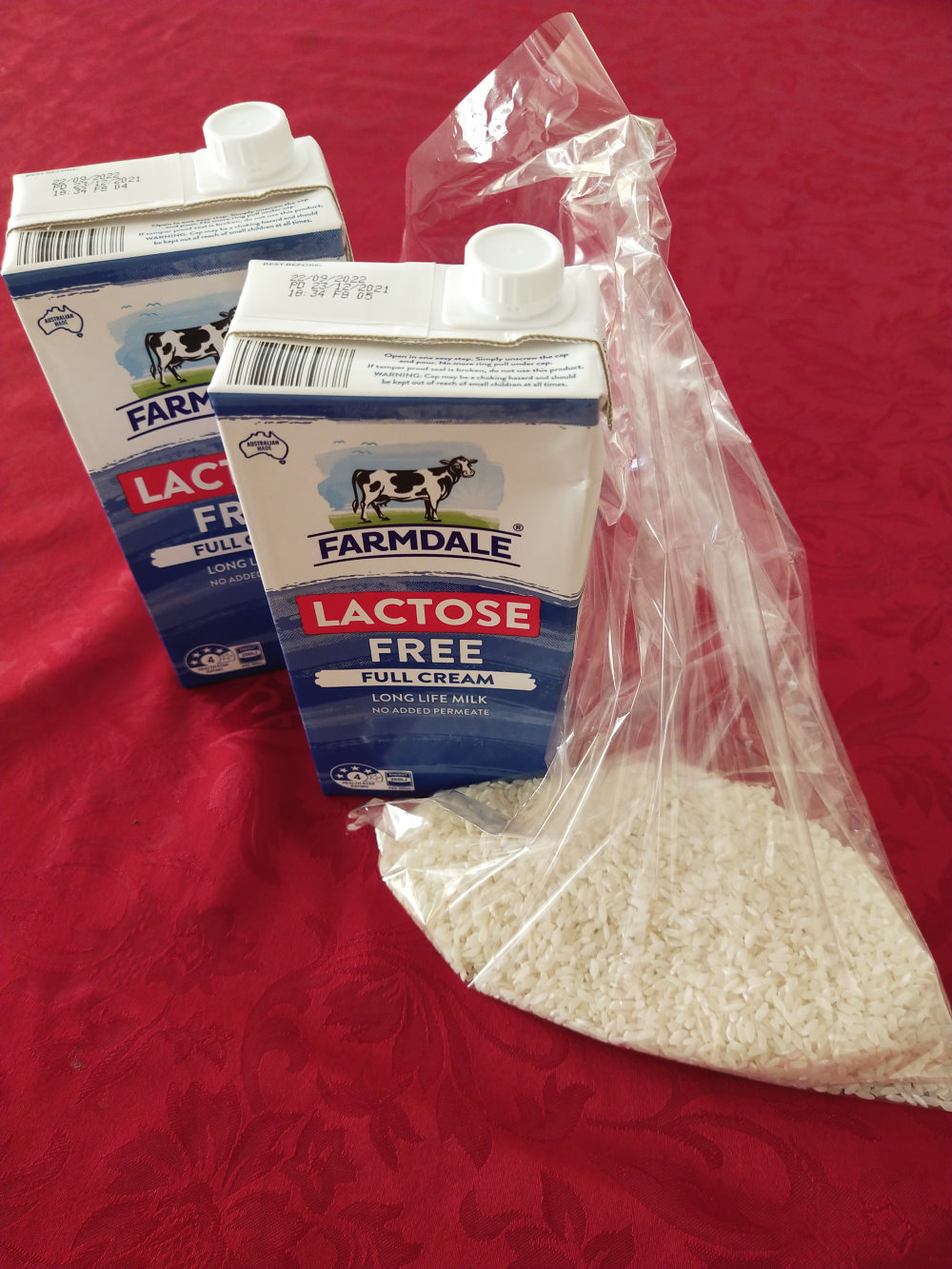 Cut the vanilla bean in half, length wise, scrape out the seed and add to milk and rice together with the remaining vanilla bean.

Put the short grain rice, milk, and the vanilla bean in an oven bag, close the bag lightly and place in a pot with water and bring to boil. Boil for about 50 min with lid on, but with a little opening. Let the end of the oven bag stick out of the pot to let the steam escape out of the bag.

When the porridge is boiled, pour it into a bowl, remove the vanilla bean and add the salt and mix it well together and it is ready to serve. 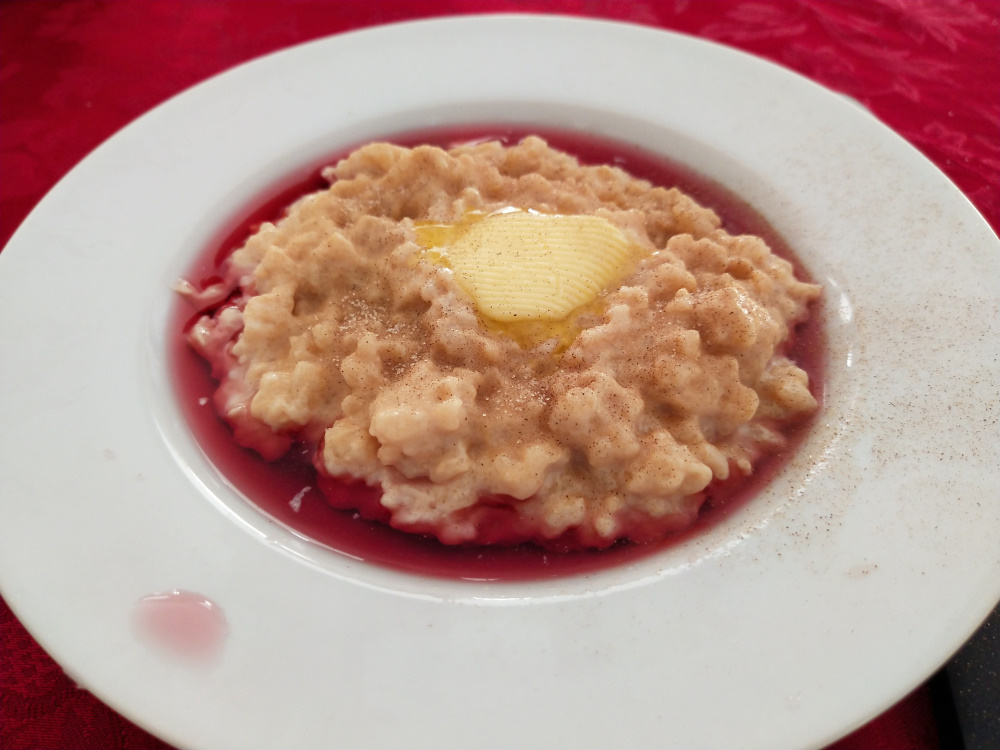 If you need some of the rice porridge for “Ris a lamande” take it aside before you add the salt.

The rice porridge is plated up and served with a teaspoon of butter (for Vegans use Nuttelex Original instead of butter) in the middle and sprinkled with cinnamon sugar and served with Blackcurrant fruit juice syrup or light beer.

Here you go, no dirty dishes and it won’t burn on to the bottom of the bowl.