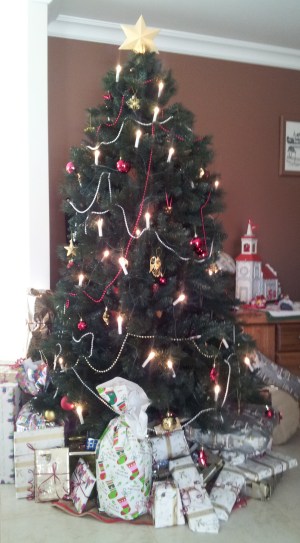 There is something special about a Danish Christmas.

The short days and long cold nights may have something to do with it, and when you visit people in their homes during the month of December you get into the Christmas spirit as soon as you step into their decorated homes.

In many homes during December people are busy making Christmas decorations, one of the Danish traditions at Christmas, and when you enter a home you are greeted with the smell of pine needles and candlelight, and a lot of places the aroma of freshly baked biscuits is hanging in the air as well.

For more information about Christmas see Christmas in Denmark. 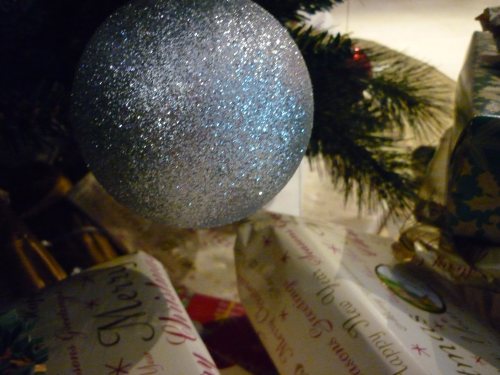 Most of the shops close around lunch time on New Year’s Eve.

The traditional dinner on New Year’s Eve is either boiled cod or a green cabbage a bit similar to spinach served with caramelised potatoes and glazed ham or sausages.

The dinner on New Year’s Eve is served with beer and snaps as well. 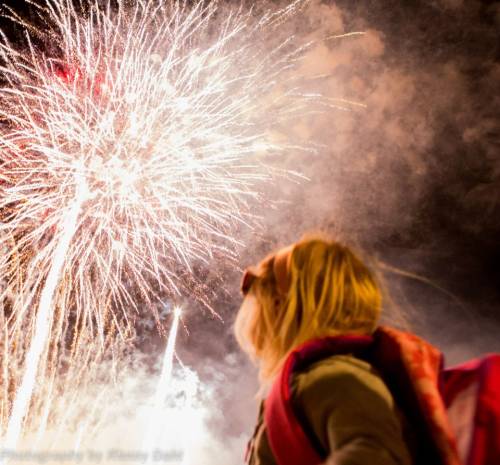 Usually people go outdoors around midnight and shoot the New Year in with rockets and fire crackers.

After an hour or so outside in the freezing cold a meal is served (usually open sandwiches) and then it’s time to party to the early morning. 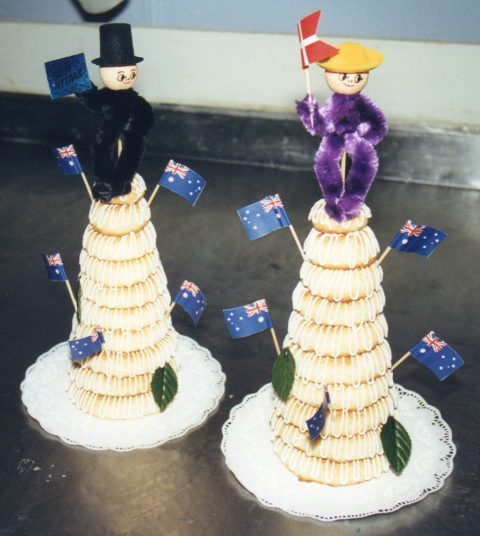 Or as the Danes call it Fastelavn, is another Danish tradition celebrated seven weeks before Easter Sunday. The tradition goes back to the 1700s and was originally the start of a period of fasting. But today it is mainly a kid's carnival.

The tradition is that the kids dress up in a costume and they have made a "fastelavnsris", bunches of twigs wound up with crepe paper and decorated with black paper cats.

The custom is to go and wake their parents up in the morning flogging them with the fastelavnsris and singing, fastelavn er mit navn boller vil jeg have, hvis jeg ingen boller får så laver jeg balade. In English, carnival is my name sweet rolls are what I want if I don't get any then I will make a lot of noise.

The sweet pastry rolls are a Danish tradition at the bakeries, they have a large variety of carnival buns, made from Danish pastry, some with fruit and some iced and filled with whipped cream, custard, jam, cooffee or rum flavoured cream and custard.

Another Danish tradition is to hit the cat out of the barrel (slå katten af tønden), it is a wooden barrel filled with fruit and candy. Back in the olden days they used a real black cat in the barrel, and beating the barrel until the cat got out and run away, was a way to drive the evil spirits out of town.

The barrel is usually decorated with the image of a cat, and hung up in the ceiling or in a tree, if outdoors, and the kids take it in turn to hit the barrel with a wooden club until the barrel breaks and all the fruit and candy falls out, the winner is the "queen of cats", after that they continue until the last part of the barrel is knocked down and the child who knocks down the last bit of the barrel becomes "king of cats".

The Easter holiday in Denmark gives you a 5 day break, and here in spring a lot of people use the Easter time to get into the garden and get it ready for summer. People with holiday homes usually spend Easter here, preparing the home for the summer.

Many shops and homes are decorated for the festive season, the colours, yellow and green and the flowers, daffodils are commonly used.

In a lot of homes you will find ordinary hen's eggs which have been blown out and hand painted, decorated and are usually found hanging on some kind of branch, and of cause the chocolate eggs or rabbits we can't forget, they are everywhere.

Another Danish tradition before Easter, is to send someone a letter that is cut out in a pattern, decorated and a so called 'teaser' verse is added. the letters are send anonymous, the signatures are made up of just dots, one dot for each letter in the sender's name. If the recipient can guess who have made/sent the letter before Easter he or she will receive an Easter egg.

Another Danish tradition is to have a soft-boiled hand painted egg for breakfast on the morning of Easter Sunday, usually painted by the kids.

Easter lunch is celebrated with family and friends, and if there are children around, the Easter eggs are usually hidden in the garden or around the house for the kids to find. Again the Danish smorgasbord with beer and snaps is on the menu, the Danish breweries usually make a special beer for Easter as well, which is stronger and tastier than their normal beer, as they do for Christmas.

Mother's Day is celebrated on the 2nd Sunday of May in Denmark.

The day is all about flowers in Denmark, this is one of the busiest days of the year for the florists in Denmark as it has become a tradition to buy your mum a bunch of flowers and visit your mum.

"Pinsedag" and "2. Pinsedag" is celebrated over 2 days (Sunday and Monday) 7 weeks after Easter, where the Danes celebrate two days of Whitsun, which are public holidays in Denmark.

Pinsedag is in most places celebrated with a Danish smorgasbord and a lot of, especially young, people celebrate until sunrise the next morning.

Saint John's Eve is celebrated on the evening of the 23 of June.
The celebration is an old tradition and considered a celebration of the summer solstice.

If you have been to the beach in the days ahead of the Saint John's Eve you would have noticed some large bonfires been set up around the place.

Along the beaches all over the country, and in some parks as well, they light large bonfires on the evening and it usually starts between 8.30 and 9.30.

Before the lightning of the bonfire there may be a speech by a local politician or another local public known person. While the bonfire is burning the Danes sing "Vi Elsker Vort Land" a song written by Holger Drachmann.