The airport is also known as Kastrup Airport mainly between the Danish people.

The airport was founded in 1925 and was one of the first civil airports in the world.

If you arrive in Denmark by plane you are most likely to start your journey from here. 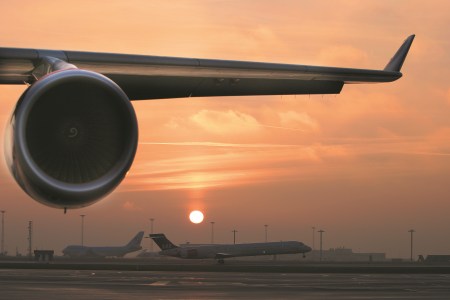 Today the Airport is rated at Europe’s most efficient airport and has the capacity to handle over 50.000 passengers a day and is flying to over 125 destinations.

The airport has about 20,000 take offs or landings every month, so on average a plane takes off or lands every 2 and a half minute 24/7.

It is quite a sight to behold if you are near the airport especially in the morning, one plane after another taking off, like they were on a string.

Copenhagen airport has 4 terminals. Terminal 1 is for domestic travel only and is separated from the other terminals.

Placed on the isle of Amager east of Copenhagen it is very easy to get to from Malmö in Sweden as well, with the new bridge connecting Denmark and Sweden it only takes 20 minutes from the center of Malmö to the airport by train, arriving under terminal 3 so you have under 100 meters to walk to the check-in counter.

There are plenty of shops and a variety of restaurants at the airport and the duty-free shops are among the largest in the world.

Parking at the airport. 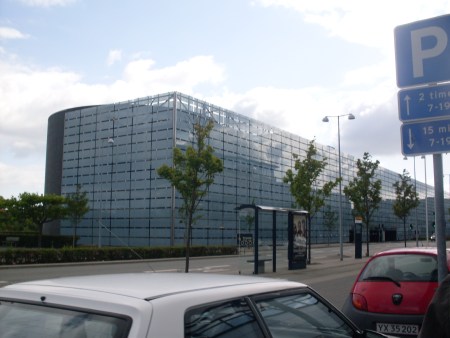 Parking at the Airport.

Stay in the 5 star accommodation.

Want to stay in five-star accommodation in Copenhagen and close to the airport?
You have 382 rooms to choose from, for more information check out the Clarion Hotel.

Connections to other parts of Denmark.

Outside the airport terminals you can catch a bus or a Taxi.

center in only 14 minutes or the train to The Central Station in Copenhagen and from there to the rest of the country.

By Plane From Copenhagen Airport.

From Kastrup airport you can reach any other airport in Denmark in less than 1 hour.

Billund Airport , placed on the Jutland Peninsula is Denmark’s second largest airport and is also an international airport, with connection to most cities in Europe.

Other Danish airports are Rønne Airport on the island of Bornholm , Sønderborg Airport in the south eastern part of the Jutland peninsula,

All of these airports have a number of connections to Copenhagen Airport daily and the flying times are between 35 and 60min.